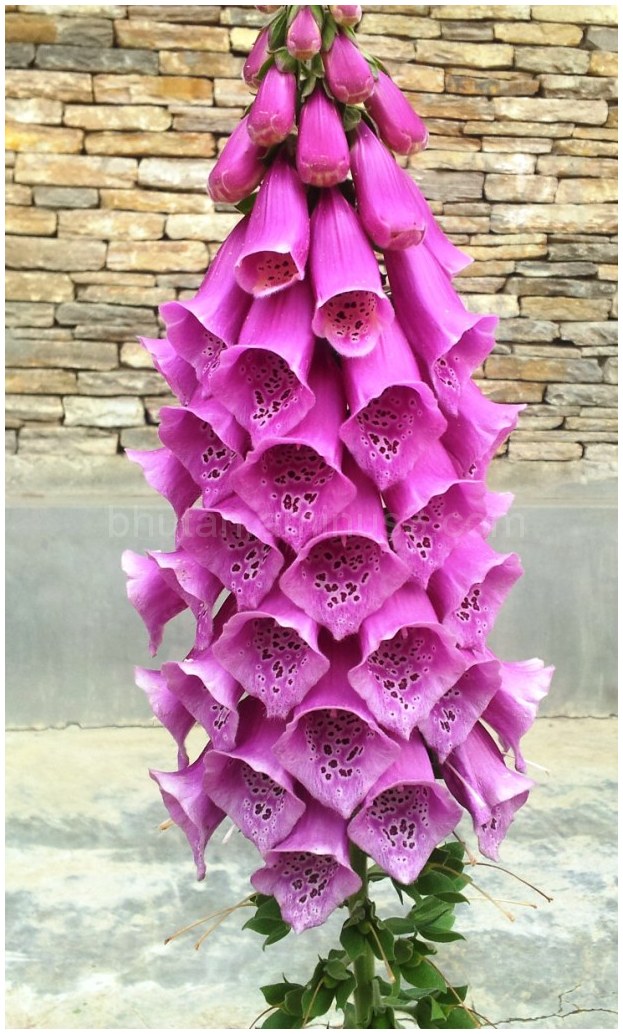 Common name: Foxglove
Botanical name: [Digitalis purpurea L.] Digitalis purpurea Family: Plantaginaceae (Isabgol family)
Foxglove is a bienneial plant with soft, hairy, toothed, ovate and lance-shaped leaves in a basal rosette. The life span of the plant is 2 seasons. The first year growth remains in a basal rosette of leaves. Second year growth produces flowering stems, 3 -6 feet in height. Flower spikes have purple to white spotted thimble-like flowers which hang down and last about six days. The earliest known name for this plant is the Anglo-Saxon "foxes glofa" (the glove of the fox) It derives its name from the flowers which resemble the fingers of a glove and possibly from a northern legend that bad fairies gave the blossoms to the fox to put on his toes, so that he might soften his tread while he hunted for prey. The heart medication, digitalis, was originally derived from this plant. It is now synthetically made. Today, foxglove is used mainly in landscaping.
Info source: http://www.flowersofindia.net

This image has been featured in 1 Remix collection.

Beauty of Flowers by Don Levesque