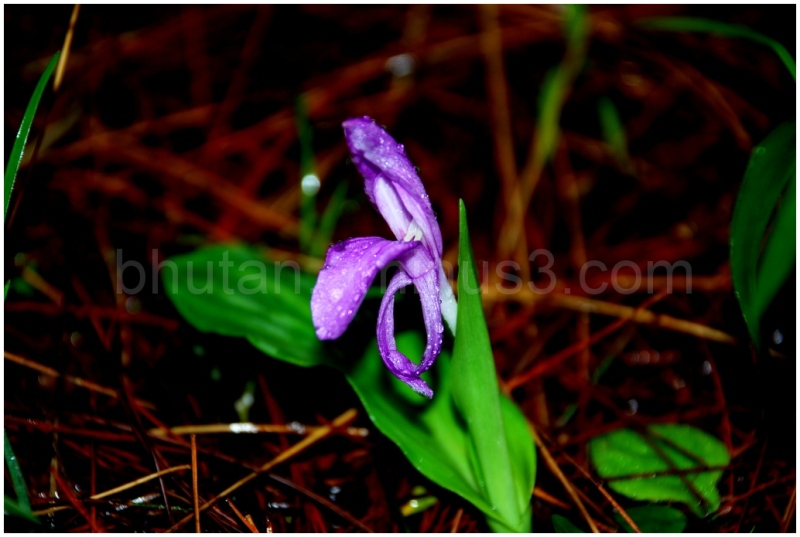 Mountain Roscoe Lily is among the most common wild flowers of the north Indian hills and grows best during the rainy season at a height of about 2500-4000 m. Roscoea is a small genus of Asiatic herbs named in honour of William Roscoe, who was the author of a work dealing with these plants of the Himalayas. Mountain Roscoe lily grows about 20 cm high and has linear leaves 6-10 cm long. Sometimes the plant flowers without leaves, which come out later, giving the leafless bloom the look of an orchid. The flower is of a deep purple colour, though sometimes white ones are also seen. It has an interesting appearance with its upper petals arching in a helmet-like structure, and the modified stamen forming a large petal-like lip. A closely related, much taller species Roscoe's Lily, with much larger flowers, grows in the U.P. hills and further east and has roots that are used in veterinary medicine.
Info source: flowersofindia.net