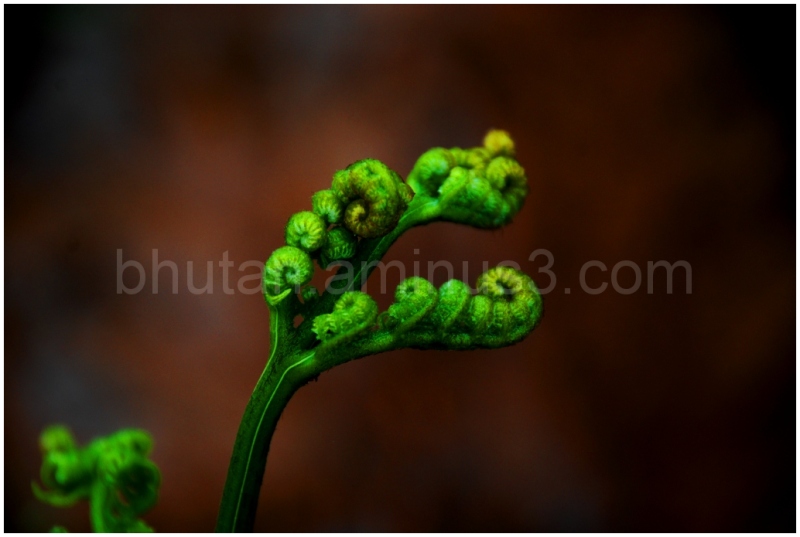 This picture was taken in Sangaygang, Thimphu

Fiddleheads or Fiddlehead greens are the furled fronds of a young fern, harvested for use as a vegetable. Left on the plant, each fiddlehead would unroll into a new frond (circinate vernation). As fiddleheads are harvested early in the season before the frond has opened and reached its full height, they are cut fairly close to the ground.
Fiddleheads have antioxidant activity, are a source of Omega 3 and Omega 6, and are high in iron and fibre. Certain varieties of fiddleheads have been shown to be carcinogenic.
The fiddlehead resembles the curled ornamentation (called a scroll) on the end of a stringed instrument, such as a violin. It is also called a crozier, after the curved staff used by bishops, which has its origins in the shepherd's crook.

Too bad for the big signing...
It's an excellent picture : colors, peculiar plant, great and deep bokeh.

Thank you Basile for the wonderful words. Will get the sign removed. :-)